Back to Real Estate Law

A Prerequisite to Obtaining Real Estate Through Adverse Possession 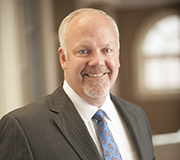 In Daisy Farms Limited Partnership v. Morrolf, 915 N.E.2d 480 (Ind. Ct. App. 2009), the Court addressed the issue of a farm asserting it satisfied the adverse possession tax statute because it had a good faith belief it was paying taxes on the disputed parcel. The Court of Appeals affirmed the trial court’s ruling finding the farm’s argument that it “sincerely believed” it was paying taxes on what it “believed were the legal boundaries” which it “believed” included the disputed tract was legally insufficient to satisfy the statute. Id. at 489 (emphasis in original). First, the Court held that a recorded encroachment agreement executed by the farm’s predecessors in interest with the current owners’ predecessors in interest clearly showed the respective ownership of the lots in dispute. Id. at 489. Thus, the farm had constructive notice of the true legal boundaries. Id. at 489-90. Further, according to tax records, the true owners had always paid real estate taxes on the lot that included the property in dispute. Id. Thus, the Court held that the claimant’s belief – even if belief alone could satisfy the adverse possession tax statute – was not reasonable under the circumstances. Id. at 490.